Share a memory
Obituary & Services
Tribute Wall
Read more about the life story of Fred and share your memory.

Frederick Edward Schuman, 76, of Hudson, Indiana, passed on November 16th, 2022, after a long battle with dementia, in Kendallville, Indiana.

Fred was born in Kendallville to Ervin and Eleanor Muesing Schuman on November 22, 1945.  He graduated from Ashley High School in 1963. He met Mary Louise Moritz on Oliver Lake, and they married August 5, 1972 in Logansport. He graduated from Purdue University with a B.S. and M.S. in Agriculture Education.  He taught at Prairie Heights, Dekalb, Clinton Central, Kent State, and South Adams (1978-2007).  He graduated from Ruppert School of Auctioneering, Decatur, in 1988.  He was actively involved in the National, State and local FFA organizations, Adams County 4-H, Swiss Heritage Village, Episcopalian Church Berne, and Toys for Tots.

Fred was a competitive card player and enjoyed spending time with people. After he retired, he loved boating his kids and grandkids around on Big Long Lake and watching wildlife.  He was a dedicated and adventurous teacher, father, and grandfather.  When you met Fred, you met a friend.

Fred is preceded in death by father and mother, Ervin & Eleanor Muesing Schuman.

In lieu of flowers the family would like to suggest the following charities – The Rescue Mission in Ft Wayne and Center for Action and Contemplation.
The Rescue Mission exists to provide, through the power of Jesus Christ, a home for the homeless, food for the hungry, and hope for their future.
https://fundraise.givesmart.com/f/3owd/n?vid=voh6y
Center for Action and Contemplation: Mission: To introduce Christian contemplative wisdom and practices that support transformation and inspire loving action.
https://cac.org/support-cac/

Funeral services will be held, in the springtime, at Swiss Heritage Village, Berne. 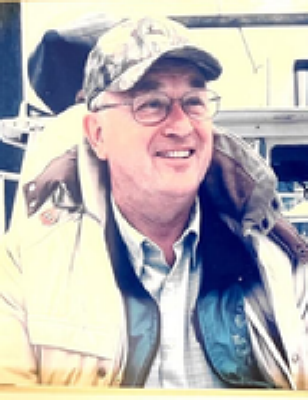