Share a memory
Obituary & Services
Tribute Wall
Read more about the life story of Steve and share your memory.

Cornel Steven Kracium, age 74, of Fort Wayne, passed away Saturday, November 12, 2022 at Parkview Randallia Hospital in Fort Wayne. Mr. Kracium was born in Fort Wayne, Indiana on October 3, 1948 to the late Cornelius George Kracium and Elenore (Luttman) Kracium. He graduated from Concordia Lutheran High School in 1966. He married Karen Ann Sprunger on August 21, 1971 in Fort Wayne. Steve was a computer programmer and employed with Lincoln Life for 23 years.

Funeral services will be Friday, November 18, 2022 at 1:00 PM at Grace Point Church of the Nazarene, 8611 Mayhew Road, Fort Wayne with visitation from 11:00 AM – 1:00 PM before the funeral service.
Burial will take place at Highland Park Cemetery.
Memorial donations may be made to Grace Point missions. 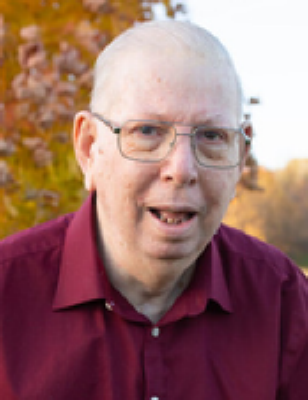